Cold Temperatures Can Make You Unwell

Cold temperatures affect our health, but it’s not the only culprit when it comes to discomfort when the temperature approaches Zero.

In lower temperatures, the humidity comes down too. During Summertime, we deal with excessive humidity, but Winter has us asking for more. Dry air is equally troublesome as humid air is for your family. 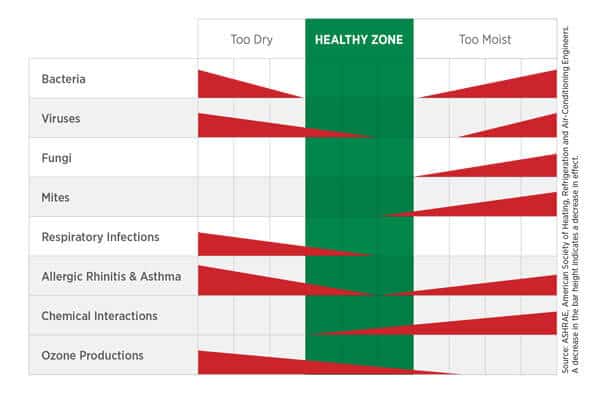 Doctors say that the mucus in our respiratory tracts can get dry leaving us more susceptible to infections. Mucus works as our body’s defense by trapping bacteria and viruses as we inhale. Dry air leaves it dry, causing us to be almost defenseless.

To keep your family healthy during the Winter season, it is important to introduce moisture into the air and keep it between 30 and 50 percent. This way, you are not only ensuring comfort but taking an extra measure against itchy skin, itchy eyes, nosebleeds, and Sinusitis that can also trigger asthma symptoms. In addition, moist air helps our bodies fight off Viruses including the Flu, which tends to be all of our families’ biggest fears in the Winter.

5 Health Problems and Discomforts Made Worse by Winter Air

Here are 5 health conditions that can be made worse by dry air:

1. Bronchitis
This refers to the inflammation of your lungs’ bronchial tubes’ inner surface.

Respiratory doctors will always advise improving dry air to prevent issues with lung health. Bronchitis doesn’t have to be a yearly problem for those who are prone to chronic or acute bronchitis.

Influenza is preventable. A study in 2013 has concluded that doing something about the dry air can lessen your chances of catching the Flu. The Public Library of Science has concluded that the virus released by coughing can be made less potent in a humid environment.

Getting your family armed with Flu shots is a good idea, but a healthy immune system plus a humidifier at home greatly reduces everyone’s chances of getting the Flu.

3. Asthma
Who doesn’t know someone that suffers from Asthma? It’s such a common ailment that you may know a person or two with it. It is also not uncommon to have a family member who suffers from it.

For asthmatic people, Winter spells trouble as low humidity can make their symptoms flare-up. Their condition can get worse even if they are already taking medications to prevent an attack.

Asthmatic people don’t have to worry as much about an attack coming if they stay in an environment with the right level of humidity.

Breathing in dry air makes the protective layer of fluid in your airways evaporate. Irritation and swelling usually follow when the fluid isn’t replaced quickly. And as we all know, these are pre-conditions of an Asthma exacerbation. Aside from that, according to Healthline, cold air triggers the body to produce histamine leading to wheezing and other symptoms.

A humidifier at home can help Asthmatic people be comfortable during the Winter.

4. Sinusitis
For anyone who frequently gets Sinusitis, Sinuses seem to cause more trouble than good, but we need them because they help moisturize or nasal passages by producing mucus. As mentioned above, mucus traps threats and prevents us from inhaling viruses and bacteria. Unfortunately, when your sinuses get inflamed, nasal congestion is sure to follow.

According to EverydayHealth, Humidifiers prevent nasal congestion by making sure you only breathe in well-moisturized air.

Sinusitis can be dealt with, so the common complaints of headaches, stuffy noses, inflammation, pain, and helplessness can be history.

Winter spells dry air which means that your body loses moisture more easily. This makes your skin itchy and flaky, and your eyes irritated. You may even wake up to nosebleeds in the morning.

You can deal with these problems by keeping your body hydrated. But you can do more.
Alleviate these dry-air problems by investing in a humidifier. 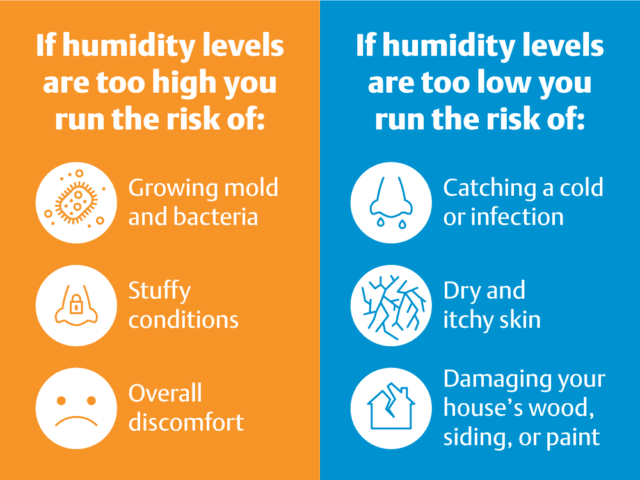 Takeaway
The optimal humidity level is between 30 percent and 50 percent. Maintaining this level inside your home will ensure your family’s comfort and wellbeing. You can achieve this level even in Winter with the help of a humidifier. 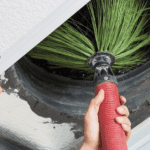 Expert advice for homeowners – Have your ducts cleaned every few years. Very necessary for homes with pets, and smokers.

Is It Time to Replace Your Furnace?

Baby, it’s cold outside—and the last thing you want to do is return home to a frosty house. The smart…

SEER2 The New Efficiency Standard of 2023

Did you know that HVAC equipment, like air conditioning units, gas furnaces, condensers, and more, are rated for efficiency? These efficiency standards are known as SEER (Seasonal Energy Efficiency Ratio) ratings.

Air Professionals Heating & Air Conditioning is proud to be the experts on supplying customers with nothing less than exceptional heating solutions and furnace repair services.

How humidity can affect your hardwood floor 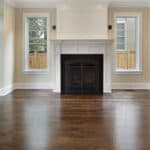 Winter is right around the corner, and with winter comes snow and cold weather that will have you turning up…